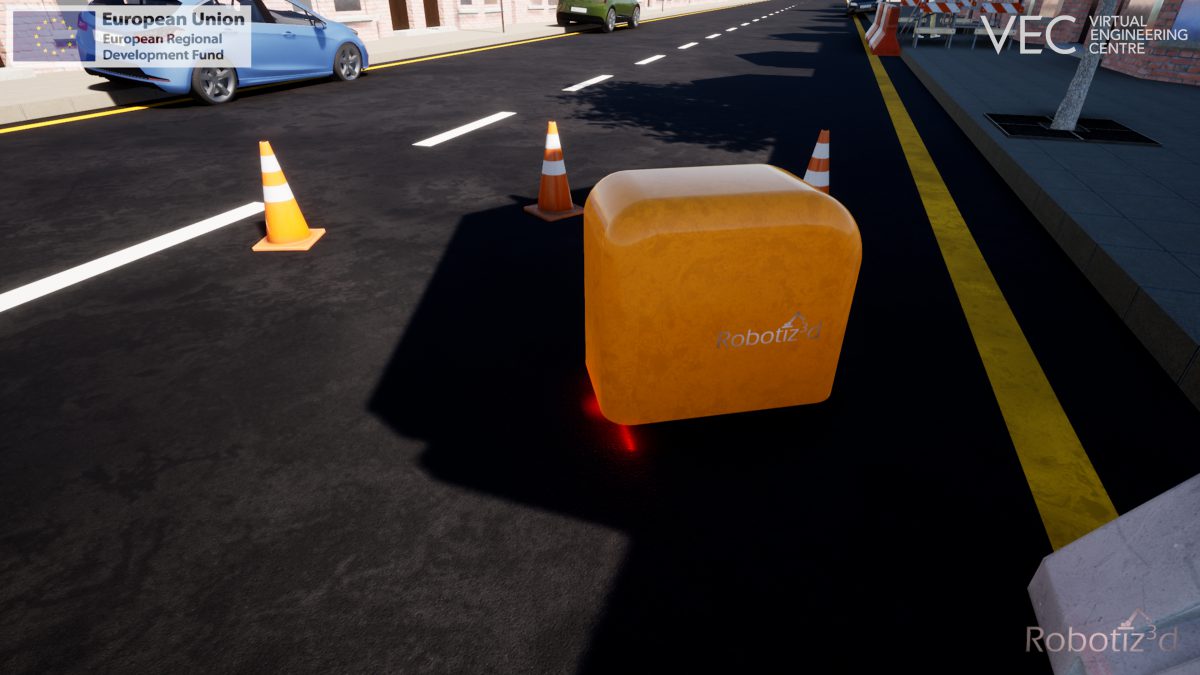 Robotiz3d approached the Virtual EngineeringCentre (VEC) via the LCR4 START project, to explore how additional technologies could support the company on its digital journey, developing the product concept further ahead of validation and commercial operation.

The VEC worked with Robotiz3d to understand the business objectives and what current resources were available to them, recommending the development of an animation or short demonstrative video, which would best communicate their ideas and help support further business development.

The VEC identified synthetic visualisation of prototypes as the best suited digital tool for Robotiz3d. Using existing CAD data, the VEC
embedded the virtual Robotiz3d robot at real-world scale, showing the device operating on roads using laser scanning technologies to
identify cracks and damaged areas, before using an onboard 3D printer to inject resin to repair the fault.

The VEC’s digital engineers developed a short video, which demonstrates a simulation of the small robot travelling down a public street,
showcasing how the robot’s capabilities could enable companies and local councils to reduce time spent on repairing roads, only after serious
damage has occurred.

Robotiz3d have included this animated video as part of a recent Innovate UK application, which will enable the organisation to gain significant
funding to further develop their concept and bring it to life.