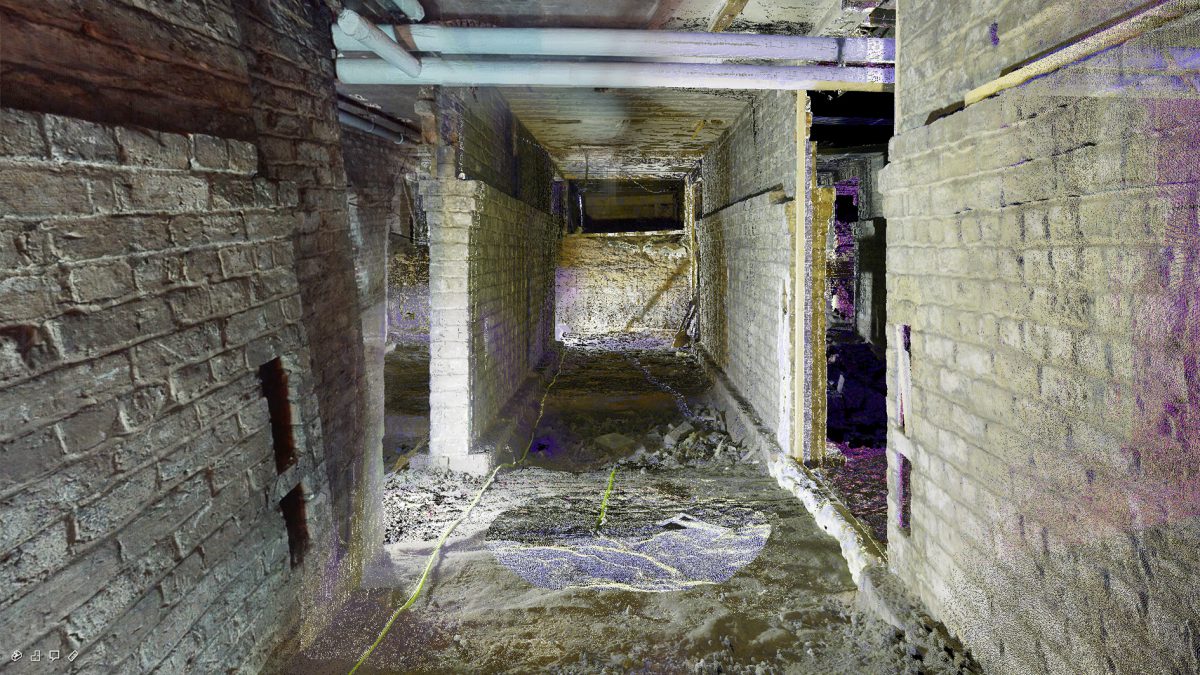 Vaadhoo Media are 360 capture specialists who create interactive virtual tours for several purposes including immersive learning, training and improved inclusivity. Vaadhoo have developed 360-degree environments for numerous locations, including the Formby National Trust and local canal boats. These virtual experiences have formed crucial parts of product sales processes and have assisted with the education of communities and local businesses.

Through the LCR4 START and LCR4.0 Holistic projects (European Regional Development Funded initiatives), the Virtual Engineering Centre (VEC) was approached by Vaadhoo to explore alternative and additional ways of showcasing their 360-degree environments.

The VEC offered guidance on the integration of 5G and cloud technology for connecting with wider remote audiences, which will allow Vaadhoo to expand their immersive services in the region and beyond including offering live streaming of their services and scans. Following the recent project, this functionality can all now be expanded in-house, as the Vaadhoo team hold new capabilities which will reduce the need of external support and the costs involved. In addition, Vaadhoo have been exposed to the latest LiDAR and Matterport technology, allowing them to understand new ways of adding different layers of structural data to their virtual environments and plan the future of their business as industry enters the metaverse era.

The VEC and Vaadhoo collaborated further to explore how Vaadhoo could expand their technical offering for sectors such as heritage, tourism, and culture as the VEC hosted the UK’s first Digital Heritage Symposium in collaboration with the St George’s Hall trust. Here, local heritage, cultural and digital leaders came together to explore how Industry 4.0 technologies can be utilised for preserving and promoting the heritage assets and sites across the Liverpool City Region, in addition using these assets for tackling deprivation within certain sub-regions.

Together the VEC and Vaadhoo Media discussed potential locations across the Liverpool City Region that they would then virtually showcase at the Symposium, showcasing to key regional stakeholders the possibility and impact 360 camera, LiDAR and Matterport technology can have for the heritage and cultural industry. The teams captured thousands of pieces of scanned data and imagery of St Patrick’s Church and crypt in Toxteth, one of the most historic, earliest surviving and architecturally significant sites in Liverpool.

The active Catholic parish church in the Archdiocese of Liverpool was built in 1821-27 and is recorded in the National Heritage List for England as a designated Grade II* listed building. Underneath the church lies a crypt with many burial vaults which have recently been uncovered by archaeologists after years of lying dormant and inaccessible to the public. This presented an opportunity for the Virtual Engineering Centre, Vaadhoo Media and the University of Liverpool’s department of Archaeology, Classics and Egyptology for capturing the initial state of the project and environment.

This project has allowed the crypt to be captured using three innovative scanning and capture workflows, each with its own critical advantages that could support long-term excavation projects for uncovering the mysteries of the crypt. Following a full scan of the church and crypt and the introduction to 5G, cloud technology, LiDAR and Matterport, Vaadhoo has been able to expand their immersive services in the region and beyond.

In summary, the LCR4 projects have enabled Vaadhoo to explore new and alternative avenues at a pace and in shorter time periods than expected, providing additional expertise and technical capabilities that would not have otherwise been available, which is critical for an SME. These projects have encouraged and enabled collaboration with other businesses in LCR supply chains, including Active AV (AV supplier) and Chataway (language and translation services), providing further enhancements to the final solution and demonstration.

I can confirm the comparison work and the recent events have been of significant benefit and have directly shaped the current business plans for the next 12 months in terms of investment and development of products for the market. I’d highly recommend working the VEC and LCR4.0 Teams and I look forward to hopefully being involved again soon as the project continues and grows.