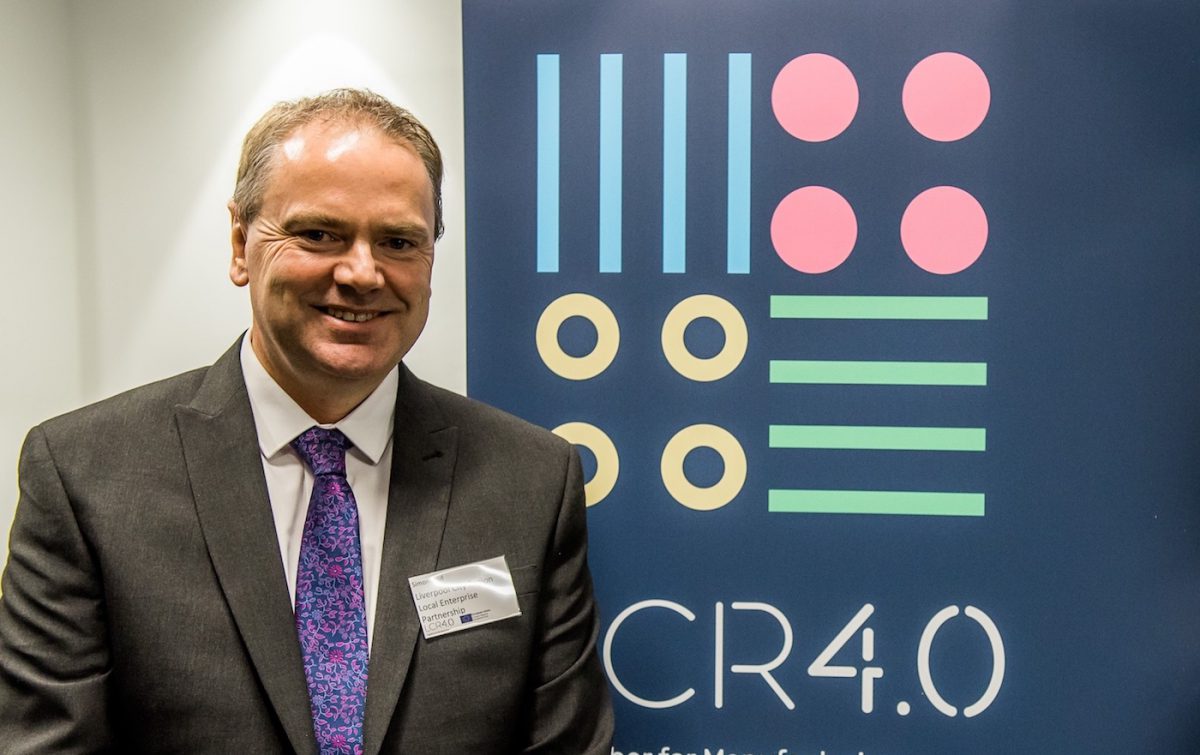 Simon Reid, Head of Advanced Manufacturing, Liverpool City Region LEP, looks at how manufacturers can cut out the middleman and take advantage of the technologies available to them to deliver customised products.

On announcing the production of the Model T, Henry Ford famously – and not without a measure of mischief – said, “Any customer can have a car painted any colour that he wants, so long as it is black.” He was poking fun at what he perceived to be the tendency of his salespeople to cater to the whims of customers, rather than learn about the product to explain away any such whim.

The Model T was ultimately offered in a range of colours, but with car making in its infancy in 1909, Ford’s quip wasn’t without foundation. In trying to bring the car to the masses, initial uniformity would be key to maximising efficiency and minimising costs.

Why manufacturers have the tools to take on the retailers

Standardisation has been key to manufacturing’s growth, but today, the whims of consumers are to be accommodated, encouraged and indulged.

Luckily, manufacturing technology has evolved to such an extent that it’s not just the colours of certain products that can be chosen, but a whole range of design factors. It isn’t that this “mass customisation” should be offered for the sake of it, but that there is now more value in doing so than not. Clothing has arguably been the most high-profile, and one of the earliest, products for which mass customisation has been offered, but it’s no longer simple colours and design elements that can be tailored. The maturation of 3D printing, for example, means that high-quality, bespoke soles for footwear can be produced on an individual basis. Elsewhere, the advancement of robotics and automation, as well as agile software development, means that manufacturers are able to increasingly customize more and more elements – from purely decorative to operational components – of the products they’re producing.

But while the manufacturing technologies are now there, it’s not always the manufacturers that benefit. With retailers having the means to commercialise, promote, and distribute products through shopfronts and online stores, it is often that they benefit from manufacturer technologies.

Given that manufacturers are effectively the gatekeepers of customisation technology, this begs the question: should they be seeking to take a greater piece of the retail pie, skipping the intermediary completely?

Today’s connected age means that there’s plenty of ways that manufacturers can offer customers what they want, when they want it. And if the rise of ecommerce tells us anything, there’s no reason that they shouldn’t. Internet shopping has democratised the marketplace, and the rise of sites like Etsy and Amazon prove that customers aren’t just willing to buy the first generic product they’re offered – they’re actually happy to search that little bit harder for that piece that exactly meets their needs.

For manufacturers, offering direct product customisation makes perfect sense if it means they can give customers what they want. Retailers make significant profit margins on the products they procure, so cutting out the middleman means they can claim some of this for themselves. On the other end, while manufacturers can up their profits, customers may also see savings.

Take, for example, the INS Digital Scheme, a global project by the founders of Instamart grocery delivery service. They are building a decentralised grocery shopping eco-system based on blockchain technology, giving manufacturing giants such as Unilever and Mars the ability to directly sell products to consumers through the platform. By cutting out the middleman, INS will allow consumers to buy products at a 30% discounted rate in comparison to traditional brick and mortar retailers. Add customisation into the mix, and manufacturers will have undoubtedly be able to offer that customers a buying experience that they will not be able to turn down.

Millennials are the drivers of customisation. They are also the demographic with the most spending power – according to the 2019 Experian Spending Power Index, millennials’ overall spending is forecast to grow at a higher rate than other age groups as they assume more senior roles in their careers. In order to keep in the millennials’ favour, anybody aiming to sell to them needs to prioritise customisation.

The stats back it up. According to a YouGov study, 86% of millennials said that customisation of their electronic devices would be appealing to them, and 62% said that they would be willing to spend more money for a customised product. And you’d be mistaken if all millennials cared about were looks. While the most-wanted customisation features did include the product’s style (including colour, design, and accessories), some of the other highest-polling wants were storage capacity, processors, and screen size. Comfort and capability ranks just as high as physical characteristics, so it’s no wonder that some manufacturers in the world of electronics are trialling products such as exact fit headphones, or electric razors moulded to the users’ hand shape.

Of course, it’s not cut and dried. Some manufacturers are better placed to develop their retailing than others, and some retailers to move more into manufacturing and mass customisation. What is certain is that it’s a question that can now be considered.

For manufacturers, there are a number of factors to weigh up. How complex are the supply chains in your industry? Are there approaches that you could take? Is it feasible to make incremental steps towards direct delivery? Are there retailer relationships that need to be considered? What are the costs involved? What can you offer that retailers cannot?

Naturally, moving towards a manufacturer-retailer model requires expertise, so closer collaboration with development and tech communities are needed, as well as relevant recruitment. Fundamentally, though, the opportunity is there for manufacturers, and it’s time that they took advantage of it.

Simon Reid is Head of Advanced Manufacturing, Liverpool City Region LEP. His role includes supporting manufacturers as part of the LCR 4.0 programme. Part funded by the European Regional Development Fund (ERDF), LCR 4.0 creates a collaborative community that connects SMEs to expertise and support from key knowledge assets in the region.